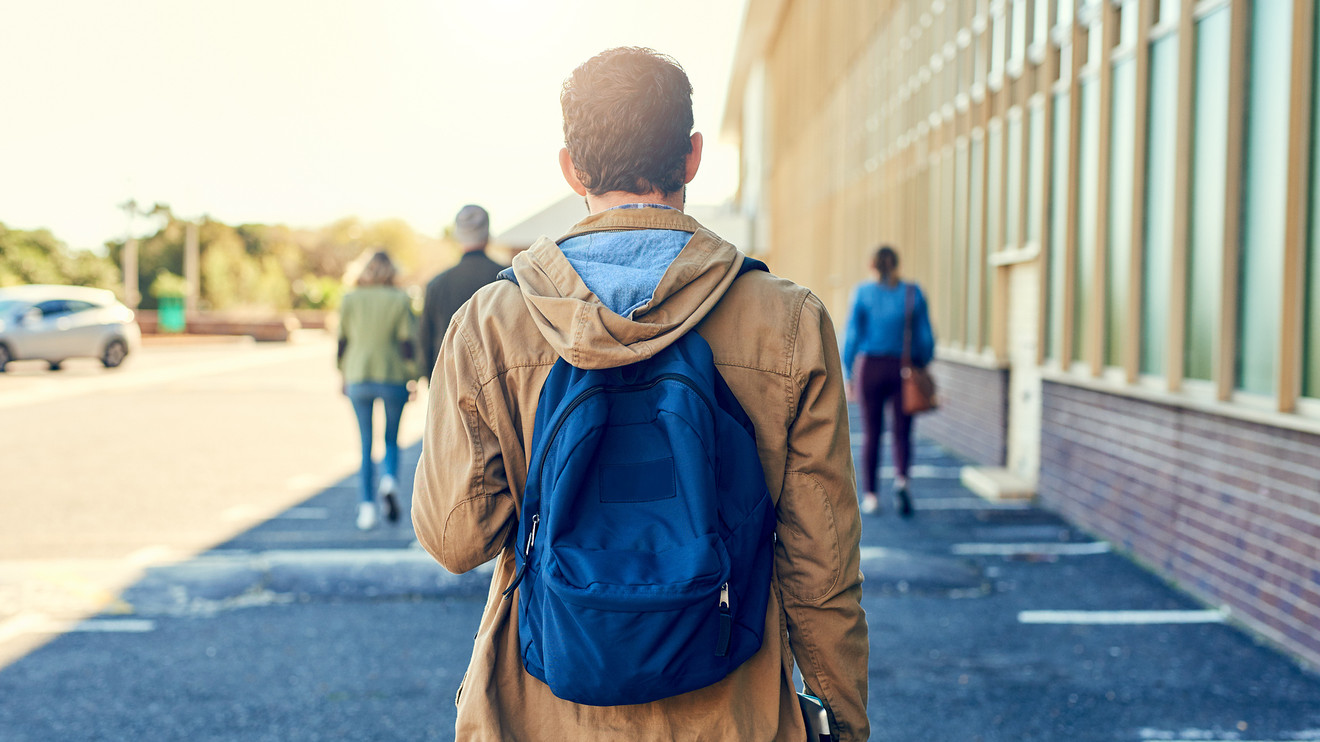 It’s a familiar sight every year: a sea of ​​future college graduates, sitting in their caps and gowns, with families and friends proudly watching as they parade, one by one, across the stage to receive their hard earned. degrees.

But for many of the 35 million student borrowers in the United States, the celebration is short-lived. Months after college, their debts become due and payable, and for some it will be a heavy burden.

Democratic Senators Elizabeth Warren and Chuck Schumer announced in February a plan to eliminate up to $ 50,000 in student loans per borrower. But Biden rejected it.

Student debt relief is supported by all parties. According to a Harris Poll national survey in December, 55% of Americans were in favor of the total cancellation of student loans. And about 64% of respondents said they supported writing off a fixed amount, like $ 10,000.

Educational debt has been rising steadily for about a decade, experts told Insider. It also held people back.

“Students who graduate with debt can put off important life milestones, like buying a car, owning a house, getting married, or entering certain low-paying professions like teaching or social work,” a 2006 report of the American Association of State Colleges and Universities said.

The problem persists and only gained momentum during the COVID-19 pandemic, which has closed businesses across the United States and canceled millions of jobs in the past year.

“The former students haven’t been able to get rid of their debts,” said Andrew Pentis, certified student loan advisor at Student Loan Hero by LendingTree. “So it grows with interest, sometimes multiplying over the years, even decades.”

Poor education on the dangers of debt

Too often, families of first-generation Americans who review college and university financial aid programs do not realize that the loans available to them must be repaid with interest.

Other times, families view student loans as “good debt.” They see it “as the price to pay for investing in your future, sometimes by graduating from a prestigious, but more expensive school, in order to climb the social ladder,” Pentis said.

The government is also not doing enough to explain its federal student loan options. “A large cohort of borrowers are leaving school without fully understanding the weight of their debt or their options for paying it off,” Pentis said. “The government needs to play a more direct role in educating students on how to avoid federal student loans, not just offering them without an explanation.

High schools also tend to gloss over the topic, he said.

“The family that is determined to pay six figures to send their child to prestigious university,” he said, “might not have considered only spending two years in community college before moving on to this better one. four-year school could reduce its overall level – significant costs and borrowing. “

Student debt is on the rise because college education is an industry in the United States, experts told Insider.

“Higher education works like a free market,” said Chris Mullin, director of data strategy and measurement at the Lumina Foundation, an organization committed to expanding access to higher education.

“As a result,” said Mullins, “the cost a student pays can be set at what the market will bear.”

The cost of tuition depends on a number of factors

College tuition fees are not regulated by the federal government, and there are distinctions between how private and public universities set them, which directly affects how much students and their families will pay. Tuition fees at private universities are decided by the institutions themselves, student debt experts told Insider.

“Private schools clearly have more leeway when it comes to setting tuition and fees,” Pentis said.

This is one of the reasons why private institutions like New York University set much higher “sticker prices” on their tuition than public colleges. The sticker price is the tuition a student can expect to pay before grants, loans, and other types of financial aid begin, meaning not everyone pays the same amount for higher education.

And as private institutions have more weight in setting tuition fees, the decision-making process behind them varies from institution to institution. This can cause the sticker price to differ from the net tuition price, with the net price being what a student ultimately pays for their education after applying for financial aid.

Donna Desrochers, a senior researcher in the education program run by the American Institutes for Research, says more expensive private universities may simply set these prices with the intention of subsidizing tuition for students receiving financial aid.

“It is possible that [for] NYU, or any school, the higher price takes some of those fully paid dollars from full-pay students and tries to reassign themselves to provide aid to other students, ”Desrochers said.

“Maybe they have a lower sticker price, and maybe they don’t reallocate as much student aid,” Desrochers said.

Sticker prices are a type of “complex marketing”, according to Desrochers

“It’s kind of like an airline, right? And people compare it to that sometimes. You pay different prices for different seats, depending on when you bought it. And so, it’s pretty similar. “, she says. “They are trying to attract the class they want.”

“It pays less of the institution’s costs,” Desrochers explained. “It ends up passing those costs onto the students.” Because of

recession
caused by the coronavirus, Desrochers expects states to invest less in higher education, leading institutions to shift these costs onto students instead of trying to minimize their spending.

“We see it every time after a recession,” she said.

A good portion of students do not pay the full price of the sticker for college tuition. According to a study by the National Association of College and University Business Officers, tuition fees on average were reduced by 46.3% for all undergraduates from 2018 to 2019.

This means that, by and large, the institutions “are giving a substantial grant,” said Mullin, director of strategy for the Lumina Foundation.

Collectively, student borrowers in the United States owe more than $ 1.7 trillion. Trillion with a T. So the conversations about how to deal with this debt will continue.

They will go a long way in helping borrowers “who don’t have much luck in ending their debt on their own,” Pentis said.

But no relief will solve the root of the problem: the brand new student loans.

If students and their family members fail to recognize the dangers of accumulating large debt at high interest rates, the trend of increasing student debt will continue, experts warn.

Although tuition fees are not a federal decision, the government has two levers to pull to encourage colleges to change tuition rates, Mullin said.

The government can change the amount of money it makes available to a single student or change who is eligible for financial aid. This way, students will have fewer restrictions like part-time or full-time status to receive federal aid. Schools could then offer larger assistance programs for students, Mullin said.

In addition, the government can “provide information to consumers” for the purpose of disclosing data and providing benchmarks to help students make informed decisions about their college education.

“He can educate the public by effectively placing a warning on institutions, like the US Surgeon General’s warning on a pack of cigarettes,” Mullin said.

“This type of ‘warning’ can take the form of a requirement, for example, that institutions make public the results of their programs in the labor market,” he said, showing students the type return on investment they can expect after graduating from college.